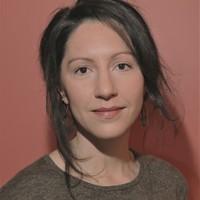 She will work on a project titled: @huanjing: The New frontiers of the State and the Politics of Environmental Conflict Resolution in China

Environmental pollution has become a major social and political problem for China’s leaders, who have tried to respond by promoting the disclosure of governmentally sourced environmental information on the internet. While these developments aim to break with the discretion that characterises the relationship between businesses and local governments, it is unclear how it transforms state-society relations and, particularly, how it interacts with the tightening of top-down political control of local officials central to the Chinese Party-State.

The research project explores two possible answers to these questions, based on an empirical enquiry into the practice of local governments regarding the disclosure of environmental information online and their handling of local environmental conflicts. On the one hand, information disclosure could enable citizens to participate effectively in environmental governance. On the other hand, it could confine them to the role of spectators, while reinforcing the discretionary enforcement powers of the state.

The research methodology combines a qualitative analysis of the dialogues between citizens, officials and industries online, and a comparative case-study of the dispute resolution practices pursuant to the issues revealed in these dialogues in two prefecture-level cities of Shandong Province, Qingdao and Linyi, who had divergent performances of environmental governance. The results of these investigations will nourish a reflection on the evolving role of the state in environmental politics, and on the transformation of political life in contemporary China.

Coraline Goron completed a PhD in politics as part of the double degree awarding Erasmus Mundus GEM PhD Program. She worked under co-supervision at the Université Libre de Bruxelles (Belgium) and Warwick University (UK). Her dissertation is about the politics of low-carbon transformation in China, with a focus on the political economy of the power industry.  She holds a LLM in European, International and Chinese Law studied at the China University of Political Science and Lawin Beijing and a Master's Degree in European Studies of Institute for European Studies of the ULB. Her publications include, e.g. “Regulatory Institutions and Market-Based Climate Policy in China” with Cyril Casissa, published in Global Environmental Politics. 17:1 pp 99-120 and "Industrial policy in China and Europe’s climate change strategies"  with Duncan Freeman, upcoming in Telo, Mario, Wang, Xiaotong, Ding, Chun. Consolidatin the EU-China Partnership in an Unstable World. Bridging Institutional and Ideational Differences. Routledge.