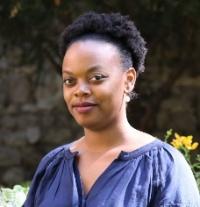 This paper is a cross-disciplinary study of the bureaucratic politics of negotiation by small states engaged in asymmetrical relations with larger states. It studies the negotiating tactics and manoeuvres of bureaucratic actors of a small francophone African state, Benin, when negotiating infrastructure contracts with China. It considers the period from 2003 to 2014, when China outpaced France (Benin’s former colonial metropole and traditionally its main trade partner) to become Benin’s largest trade partner.  This paper challenges the assumption that West African francophone countries’ dependency on aid and foreign investment necessarily limits their capacity to bargain effectively and exert influence in negotiations with China, as well as the assumption that African bureaucracies are ineffective and passivein their relationship with China. This paper has three specific objectives: (1) it establishes the extent to which the government of Benin has been able to exert influence before, during and after infrastructure negotiations with the Chinese government; (2) it explains this variation by exploring the role of bureaucracies and civil servants, domestic party politics and the political executive, and how they impact negotiating strategems and tactics; (3) it distils new insights into the conditions under which small states exert influence during asymmetric negotiations. In so doing, this study re-evaluates the role of small states in international negotiations, and analyses how negotiation varies within a country and across bureaucracies. By joining up theories of bureaucratic institutionalism with empirical evidence that weaker actors can influence negotiations depending on the structure of their bureaucracies and the roles that sub-levels of bureaucracies play during these negotiations, this paper will show how these parameters impact the negotiation outcome. In so doing, this paper aims to contribute to a small but growing literature on African agency in Africa-China relations.

Ms Folashadé Soulé is a Research fellow at the University of Oxford (Global Economic Governance programme/University College). She holds a PhD in Intenational Relations (summa cum laude) from Sciences Po Paris.  She led extensive fieldwork (interviews, archive consultation, participant and non-participant observation) in India, Brazil, South Africa and at the UN Office for South-South Cooperation (UNOSSC). During and since defending her PhD, she has been a postdoctoral researcher at the London School of economics, and a part-time Lecturer in International Relations and Political Science at Sciences Po Paris and the University of Lille 2 where she lectured courses on Africa and Global Politics, the Politics of Globalization and International Political Economy.

As a policy-facing academic, connecting policy and research, she has been acting as an international strategy consultant for the OECD (General Secretariat and Development Cooperation Directorate), the French Development Agency (AFD), the Foreign Affairs commission of the French National Assembly, the Ministry of Defense and consultancy firms (Oxford Analytica, Deloitte). She has also trained young diplomats and military civil servants in Mali in methodology and analytical tools in international relations.