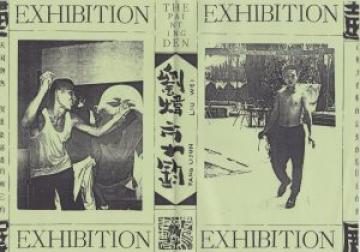 This lecture will draw on Francesco Dal Lago’s personal experiences as a participant in the Beijing (and Chinese) art scene during the late 1980s and early 1990s and the way this led her to a career in Art History with a focus on 20th century China. Conscious of her double and often irreconcilable role as both actor and commentator, she adopts a subjective position in reviewing some of the phenomenal shifts experienced in the international perception of this artistic production. From smoky and crowded dorms in dilapidated post-socialist buildings to the glitz of the Venice Biennale, from unheated rural huts to cocktail parties held in private yachts and 5-star hotels, Francesca Dal Lago has observed unimaginable changes in the life conditions, philosophy and personal assets of Chinese artists and their circle. Francesca Dal Lago will discuss how analyzing exhibitions as ‘objects’, i.e. spaces where meaning is formed, and the museum system as canonizing structure become her navigating tools to chart such dramatic transitions. Trying to avoid a straightforward sumptuary critique, she uses exhibitions, museum display practices and their ties to contemporary market forces and finance as a contraption to understand some of the processes that led to the formation of other artistic expressions, somehow disconnected from the cultural and social environment of their space of creation and more attuned to the generic demands of artistic globalization.

Francesca Dal Lago is an independent art historian and critic based in Paris. She holds a degree in Chinese language and culture from the University of Venice and a Master’s and PhD in art history from the Institute of Fine Arts, New York University. In the 1980s and 1990s she spent several years living in Beijing where she was, at different times, student at the Central Academy of Fine Arts, Cultural Officer at the Italian Embassy and researcher. From 2001 to 2004 she was assistant professor of Chinese Art History at McGill University, Montreal. After moving back to Europe she held a post-doc at Leiden University and was an associated researcher at the Centre de Recherches sur les Civilisations de l'Asie Orientale in Paris. Her research, originally focused on contemporary art and curatorial practices, has later shifted towards the analysis of processes of cultural interaction between China and the outer world during the whole 20th century.  In Paris she collaborated with the Museé Cernuschi on the exhibitions ‘Artistes Chinois à Paris’ (2011) and ‘Walasse Ting – Le voleur de fleurs’ (2016). She has published widely on contemporary art, commercial art and Maoist art in China. She is working on a book of collected essays on display practices of Chinese art during the 20th century and a monograph on artistic migration from China to Europe in the interwar period. 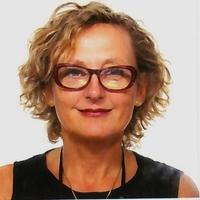