Growing Up in (and out) of Shenzhen: The Longer-term Impacts of Rural-Urban Migration on Children 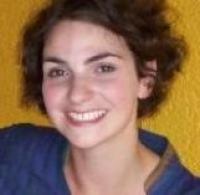 Much research, including Charlotte Goodburn’s 2008-09 study of primary school children in Shenzhen, has shown that rural-urban migrant children in China face significant barriers to education, and often end up in poor quality, migrant-run private schools. However, there is less research into what happens after children leave lower levels of education. In 2015-16, Charlotte Goodburn returned to Shenzhen to conduct follow-up interviews with the group of now 14-21 year old migrant youths. Almost all had failed to achieve the high ambitions they expressed as children, and the vast majority were now engaged in low-skilled service work, with little hope of career progression. This was regardless of their post-primary educational trajectory; whether they attended private migrant secondary schools, state vocational schools or high schools, or returned to their natal village for secondary education, appeared to make little difference. Charlotte Goodburn will present an in-depth study of migrant experiences of post-primary education, analysing why migrant youths fail to achieve their ambitions, and paying particular attention to the importance of the ‘informal’ skills which migrants gain (and sometimes lose) from city life.

Charlotte Goodburn is Lecturer in Chinese Politics and Development, and the Deputy Director of the Lau China Institute at King’s College London. Before joining King's, she was a post-doctoral fellow in the Centre of Development Studies at the University of Cambridge, where she also did her PhD. Charlotte’s current research centres on rural-urban migration in both China and India, and focuses on impacts for migrant families, children and household dynamics, as well as the institutional factors which shape migration processes and access to urban state services in the two countries. She is currently writing a book about the long-term impacts of rural-urban migration on Chinese and Indian children.