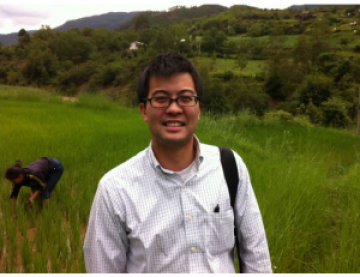 On Feeding the Masses explores why China’s food safety system is failing despite concerted state efforts to reform its regulatory framework.  Rather than pointing to lack of state capacity, level of economic development, or corruption, the study seeks to gain analytical leverage from the often cited but understudied notion that China’s scale lies at the core of its governance challenges.  The “politics of scale” framework introduced in the book identifies three major sources of conflict in large-scale polities: (1) because scale is a social construct, regulators find it challenging to define the scale – national, provincial, municipal, county, or township - at which a problem is likely to emerge and be effectively resolved; (2) each scale of government operates according to different temporal frames; types of knowledge; institutional preferences; and managerial styles that make it difficult to coordinate governance across scales; and (3) scale externalities – decisions at one scale of governance can affect other scales in a nested system in unexpected and costly ways.

John Yasuda is an assistant professor of Chinese politics at Indiana University's Department of East Asian Languages and Culture and the School of Global and International Studies.  His research focuses on issues related to regulatory failure, the political economy of development, and bureaucratic politics. He is the author of On Feeding the Masses: An Anatomy of Regulatory Failure in China (Cambridge University Press, Forthcoming) which examines the regulatory politics involved in China's gut-wrenching food safety crisis.  The book argues that in order to understand China's governance failures, scholars, regulators, and consumers must take a deeper look at the challenges large-scale countries face (in terms of scale externalities, multilevel coordination challenges, and problem identification).  I have also written on regulatory politics and development issues in aviation safety, environmental protection, fishery conservation, and financial regulation. He received his PhD in comparative politics from the University of California, Berkeley.  He  was then a postdoctoral fellow at Penn's Center for the Study of Contemporary China, where he is now a research associate. I hold an MPhil in comparative politics from the University of Oxford and a BA from Harvard College.