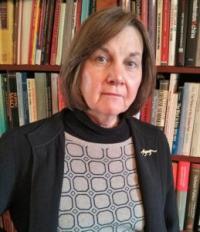 Western political scientists, regarding China as a nation-state like any other, commonly classify it as a 'party-state' and as 'authoritarian'.  Yet China’s transition to modern statehood differed from that of almost every other post-imperial or ‘new’ nation on the planet.  Drawing on new scholarship in the history of empire and of modern China, this talk reflects on certain repercussions of the Sinic world’s singular experience of empire, imperial breakdown and passage to political modernity.  What light, we ask, can re-examining China’s oddly intact transfiguration - from dynastic empire to people’s republic - shed on how the Party has governed since 1949?  With a view to tailoring an altered research agenda for political scientists today – one better fitted to grasping what Chinese authorities may mean when they refer to building 'socialism with Chinese characteristics for a new era' - we consider, in particular, various techniques of governance associated with empire relating to scale and strategy, to hierarchy and differentiation. Vivienne Shue, from 2002 to 2012 the Director of Oxford’s Contemporary China Studies Programme, is now an Emeritus Professor and a Fellow of the British Academy.  Best known for one of her early books on government and politics in the Mao period, The Reach of the State (1988), her (obviously incorrigible) preoccupation with state institutions and practices, and with state-society relations in China continues to generate scribbles on more contemporary affairs: 'Legitimacy Crisis in China?', in Gries and Rosen, Chinese Politics (2010); 'Modern/Rural China: State Institutions and Village Values', in Bislev and Thǿgersen , Organizing Rural China (2012); and a book, just out from Cambridge, To Govern China: Evolving Practices of Power (co-edited with Patricia Thornton; 2017).