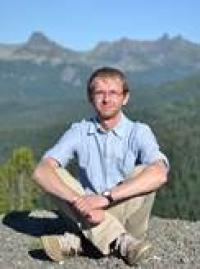 Text-bearing ritual bronzes from the Western Zhou fascinate contemporary scholars as monumental works of art and carriers of textual messages unattested in transmitted sources. It is overlooked, however, that the interest toward such artefacts emerged already in the middle of the first millennium BC, when they appeared almost as culturally-remote and mysterious as today. In ca. 5-3 centuries BC, text-bearing artefacts from royal treasuries served as a major source and inspiration for the highly influential "royal" texts purportedly created by historical and mythical sage rulers of the past. While contemporary scholars are often inclined to read such texts as "historical" works, it is clear that some of them convey a very different kind of message, focusing on systematic empowering knowledge imparted secretly under the circumstances of distress or emergency. This emphasis on secrecy and empowering capacity of text relates these ancient royal texts to China's medieval esoteric traditions. It also suggests that the initial inspiration for the revelation literature of Chinese religions, with their marked emphasis on precious materiality, might come from the monumental text-bearing artefacts of the Western Zhou that captured the imagination of textual audiences in the middle of the first millennium BC.

Yegor Grebnev is a Junior Research Fellow at Merton College, Oxford. He is interested in ancient Chinese authoritative texts, particularly from the poorly investigated stage before the emergence of the fixed canon, when the texts known today as "canonical" and "peripheral" jointly constituted a loose, open and flexible body of material. His previous work has been mainly focused on the Yi Zhou shu, an important but largely overlooked collection of texts whose systematic analysis allows us to take a fresh look at the better studied canonical collection Shang shu.