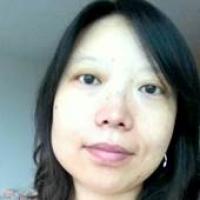 The purpose of this talk is to draw attention to a significant but long-neglected topic, the formal institution of the Chinese Communist Party (the Party). Here, the term “formal institution” is used to contrast “informal institution”, featuring, most dominantly in Chinese political studies, guanxi and factional politics. Not attempting to deprecate the significance of informal politics in China, this talk intends to highlight the fact that the dealing with informal politics alone could no longer capture the complexity of the power structure of the Party-state at present or explain the strength of its institutional capacity despite deep-seated structural flaws.

In this talk, Ling Li will use the anticorruption campaign between 2012 and 2017 to exemplify the above. The focus of this talk is however not about the “tigers” or the “flies”, i.e. corrupt officials punished, but the institutional development of the anticorruption agencies, in particular, the Central Commission of Discipline and Inspection (CCDI). Two aspects of the institutional development of the CCDI will be explained. One is the continuity, which means that the anticorruption campaign in 2012-2017 is conducted within the basic anticorruption decision making framework that had been developed before 2012. The other aspect concerns adaptations and changes, which include critical new institutional initiatives and arrangements that demonstrate a growing reliance by the Party on formal institutions as tools of governance.

Ling LI is currently teaching Chinese politics and Law at the Department of East Asian Studies of the University of Vienna. Previously, in 2015-2016, she was a visiting professor of the same department. Prior to coming to Vienna, she was a senior research fellow at the US-Asia Law Institute of New York University School of Law in 2010-2015 after obtaining her doctoral degree from Leiden University Law School. She has published extensively on the topics of, inter alia, the operation of China’s courts, the issue of judicial corruption and its impact upon judicial decision making, and anticorruption laws and institutions in China. Her research has been quoted by international media, such as, The New York Times, Wall Street Journal, New York Review of Books and the Sydney Morning Herald. Her most recent works include The Rise of Discipline and Inspection Commission (1927-2012): Anticorruption investigation and decision-making in the Chinese Communist Party and The Party and People’s Courts – Judicial Dependence in China.