The Mighty Words: Writing and Authority in Tang China 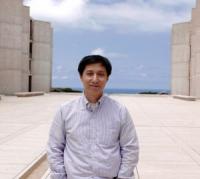 This lecture revisits one of the most fundamental phenomena that shaped Chinese society during its middle period: the social and cultural construction of writing (wen) in the Tang empire and its re-shaping of the power and identity of the high elite. It addresses a number of inter-related questions. Who were among the high political cultural elite of late Medieval China? Why did they single out literary skills as the quintessential qualification for their membership? What is the relationship between this qualification and other defining elements associated with the high elite from the 8th to the early 11th century? How did the high elite define and measure literary success in social and institutional terms, and what is the role played by societal imagination in the process of its construction? The talk attempts to address these issues through an introduction of new approaches to the representation of writing and authority in Tang historiography and literary works, combining methodologies developed in social history, literary studies and cultural anthropology.

Lu Yang is professor of history at Peking University. He studied at Peking University and the University of Vienna in Indology and Buddhist Studies before receiving his Ph.D in East Asian Studies from Princeton. He taught at Princeton, Harvard, and the University of Kansas before joining Peking University. He specialises in medieval Chinese history and religions, especially the transformation of imperial power and political culture, and the use of writing in shaping elite identity, in the Tang empire. He is the author of Literocracy and Empire: A Study of Political Culture of the Tang Dynasties, also co-edited Early Medieval China: A Sourcebook (Columbia University Press, 2014). He has been a featured guest in several BBC and National Geographic documentary films on Chinese history. Currently he is a Beaufort Visiting Scholar at St. John's College, Cambridge.