The Perfect Dictatorship: China in the 21st Century 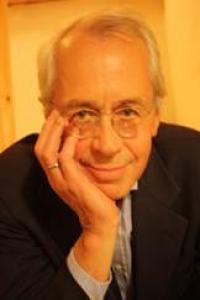 Professor Stein Ringen presents his book The Perfect Dictatorship: China in the 21st Century. The Chinese political economy is like no other system known to man, now or in history. This book explains how the system works and where it may be moving. Drawing on Chinese and international sources, on extensive collaboration with Chinese scholars, and on the political science of state analysis, the author concludes: Under the new leadership of Xi Jinping, the system of government has been transformed into a new regime, radically harder than the legacy of Deng Xiaoping; and China is less strong economically and more dictatorial politically than the world has wanted to believe.

Stein Ringen, a Norwegian political scientist, is emeritus professor at Green Templeton College, University of Oxford, where he from 1990 held the chair in sociology and social policy, and an affiliate of St Antony’s College, Oxford. He started his academic career as a junior fellow at the International Peace Research Institute in Oslo and was subsequently Professor of Welfare Studies at the University of Stockholm, senior research scientist at the Norwegian Central Bureau of Statistics, and adjunct Professor at Lillehammer University College. He has held visiting professorships and fellowships in Paris, Berlin, Prague, Brno, Barbados, Jerusalem, Sydney, Hong Kong, and at Harvard University. He has been Head of Research in the Norwegian Ministry of Public Administration, Assistant Director General in the Norwegian Ministry of Justice, a consultant to the United Nations, and a news and feature reporter with the Norwegian Broadcasting Corporation. He is a visiting professor at Richmond, the American International University in London.

Patricia Thornton (Department of Politics and International Relations and the Contemporary China Studies Programme) will join Stein Ringen to discuss The Perfect Dictatorship.