The Regulatory State in China: Ambition, Strategy, and Limitation 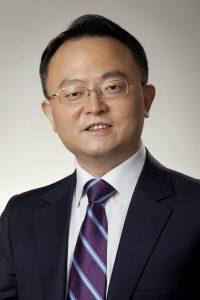 For a country to have high speed trains safely running at 200-350 KM per hour on tracks exceeding 22,000 kilometers and mobile payments reaching US$5.5 trillion in 2016 (five times of its counterpart in America), things must be 'well regulated' in many areas. Indeed, 'well regulated' and 'orderly' are the impressions of China for most international visitors. Yet, in one domain after another, citizens and the State are struggling to achieve order or stability. For example, recurring violence by patients against doctors; mind boggling high prices for urban housing; rampant fraud in financial sectors; abuse of police powers; environmental pollution, the list goes on and on.

Frank Hong, a native Chinese but trained as an American lawyer, has been advising clients in China for the last 15 years or so. Mr Hong encounters the social and economic issues in many areas. For Mr Hong and his clients, merely labelling a system as illiberal does not end the conversation. In pursing solutions of real life problems, Mr Hong directly interacts with the regulatory system, which spans many domains and jurisdictions within China. Notwithstanding the apparent emulation of western and especially American regulatory institutions, the magnitude of the issues that must be addressed and the unprecedented scale of societal transformation in China make the Chinese regulatory system one that is uniquely complex and dynamic. In 2017, one could say the Chinese regulatory state is coming of age. In this talk, Mr Hong will share his case experience in how the Chinese regulatory system works under the constraints of politics, rule of law and practicality among others; and how private sectors game the regulatory game. With examples relating to foreign exchange control, internet communication, policing power and judicial authority among others, Mr Hong will illustrate the PRC regulatory state’s ambitions, strategies and limitations.