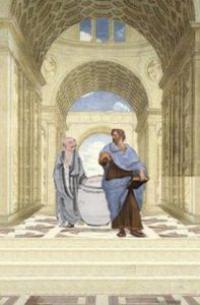 Concepts of historical progress or decline and the idea of anakyklosis (Kreislauf) have existed for centuries in many civilizations. European attempts at a periodization of the History are a rather recent phenomenon, however, and correspond to a particular world view engendered in the 18th century, the European Enlightenment. Such periodizations, in spite of claims to be transnational or even universalist, reveal clear cultural, social, and national leanings and predispositions. The aim of this dialogue is to understand and question processes of historical periodization, including a discussion of the elements of suppression and exclusion it involves, as well as that of the dynamics behind the transcultural adaptations of periodizations as concepts for ordering the past. It will suggest that it may not only be appropriate but indeed important to say that China did not have a 'Renaissance'. Our discussion takes periodization as a historical phenomenon in itself and takes up the case of the 'Renaissance' the way it has been understood in the tradition of Jacob Burckhardt in the 19th century, who himself referred back to the ideas once voiced by the humanists of the 14th and 15th century. Focussing on the particularities of the humanist dialogue which informed the making of the 'Renaissance' as a historical period, our discussion will highlight elements that distinguish the Italian and then, more broadly, the 'occidental' Renaissance from other rediscoveries of neglected elements from the past elsewhere (i.e. in China). We end with the rather far-reaching question of whether and when a period such as 'Renaissance' (or baroque, romanticism et al.) which stems from a concrete socio-historical situation, can fruitfully be applied to describe other cultural experiences, too.

Professor Thomas Maissen, currently Director of the German Historical Institute in Paris (DHIP) holds a Chair in Modern History at the Historisches Seminar, Heidelberg University, and has served as Speaker of Research Area A ‘Governance and Administration’ and later Director at the Cluster of Excellence ‘Asia and Europe in a Global Context’ (now the Heidelberg Centre for Transcultural Studies) between 2008 and 2013. Between 1981 and 1993 he studied history, Latin and philosophy in Basel, Rome and Geneva. His dissertation at the University of Basel was completed in 1993, his habilitation followed, in 2002, at the University of Zurich. He then served as associate professor at the University of Lucerne. In 2006, he was elected full member of the Heidelberg Academy of Sciences. Maissen was visiting professor at the EHESS Paris in 2009 and visiting fellow at the Institute for Advanced Studies in Princeton in 2010. He served as fellow at the Centre for Religion, Economy and Politics, which is a joint undertaking by the universities of Basel, Lausanne, Lucerne, and Zurich and the Collegium Helveticum and was recently elected Fellow at the Marsiliuskolleg at Heidelberg University (2012/13). He has published profusely on the history of historiography, the history of political ideas and constitutional history, especially republicanism, (religious) mentalities, collective identities, and representations. Furthermore, he is interested in concepts of history, Swiss history, and the history of education. Among his most important book-length publications are Verweigerte Erinnerung. Nachrichtenlose Vermögen und die Schweizer Weltkriegsdebatte 1989-2004 (Zürich 2005); Geschichte der Schweiz (Baden 2010, 4th ed. 2012); Geschichte der Frühen Neuzeit (C. H. Beck-Wissen, München 2013). His Die Geburt der Republic. Staatsverständnis und Repräsentation in der frühneuzeitlichen Eidgenossenschaft(Göttingen 2006) was voted ‘Historisches Buch des Jahres 2006, Kategorie Frühe Neuzeit’ (HSozuKult).

Professor Barbara Mittler holds a Chair in Chinese Studies at the Institute of Chinese Studies, Heidelberg University and is Director of the Heidelberg Centre for Transcultural Studies (formerly Cluster of Excellence ‘Asia and Europe in a Global Context’).  She began her studies of Sinology at the University of Oxford (MA Oxon 1990), and has spent research periods in Taiwan, the People’s Republic of China, Hong Kong and at Harvard and Stanford Universities. Her PhD (1994) and her habilitation (post-doctoral thesis, 1998) are both from Heidelberg. In 2000, she received the Heinz-Maier-Leibnitz-Prize for young and outstanding scholars by the German Research Foundation and the German Ministry of Culture. Between 2002 and 2004, she was a recipient of a Heisenberg Fellowship awarded by the German Research Foundation. In 2008, she was elected member of the National Academy of Sciences LEOPOLDINA and, more recently, in 2013, the Heidelberg Academy of Sciences. In 2009, she won the Henry Allen Moe Prize in the Humanities, American Philosophical Society, and most recently, in 2013, her book-length study of the Chinese Cultural Revolution has won the Fairbank Prize by the American Historical Association. Her research focuses on cultural production in (greater) China covering a wide range of topics from music to visual and historical print media in China’s long modernity. She has published numerous research papers and three book-length studies: Dangerous Tunes: The Politics of Chinese Music in Hong Kong, Taiwan and the People's Republic of China since 1949 (Harrassowitz 1997); A Newspaper for China? Power, Identity and Change in China’s News-Media, 1872-1912 (Harvard University Press, 2004); and A Continuous Revolution: Making Sense of Cultural Revolution Culture (Harvard University Press, 2012).