Circuits of e-waste and value: making e-waste subjects in China and Japan 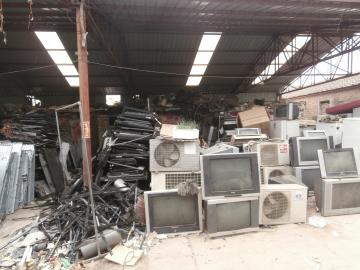 Waste electrical and electronic equipment (WEEE also known as "e-waste") is currently the fastest growing solid waste stream on the planet. Its management has been recognized as one of the major challenges of the 21st century, not only by the scientific community but also by international and national authorities, activist organizations and the multinational corporations which produce it. Yet WEEE is not only a technical or ecological problem to be managed but also deeply rooted in social relations, economic opportunities and cultural contexts.

This project investigates how ‘e-waste subjects’ are forged out of the circulation and processing of electronic waste in China and Japan. It explores how those involved in processing e-waste interpret and evaluate its environmental health threats and economic benefits. Project members conduct ethnographic research in poorly understood e-waste processing locations in China, as well as in post-tsunami zones and in high-tech e-waste recycling plants and eco-parks in Japan. The research contributes a critical approach to interdisciplinary scholarship on waste, and to national and international efforts to regulate and reform waste management. This project started in 2012 as a collaboration between Dr Anna Lora-Wainwright and Dr Peter Wynn Kirby (a research fellow generously funded by the John Fell OUP Fund), with the invaluable collaboration of Prof. Liping Li (Shantou University). Prof. Li Liping raised funding in 2014 to carry out additional research. Preliminary analysis of the rich data collected began in 2013, resulting in single and jointly authored publications, including a special issue of the journal AREA on Peering through loopholes, tracing conversions: remapping the transborder trade in electronic waste co-edited by Peter Wynn Kirby and Anna Lora-Wainwright. The special issue included selected contributions from a very successful international conference entitled "Mapping Environmental Cultures: Comparative Approaches to Waste in China” (16-17 Sept 2013, held at Balliol College, Oxford) with additional funding from the ‘Environmental Cultures Network’ (BICC phase 2).

The project was awarded a three-year Leverhulme Trust Project Grant (2015-2018, extended for one year to 2019) titled “Circuits of Waste and Value: Making E-waste Subjects in China and Japan” (RPG-2014-224, £322,557). Since September 2017, we are fortunate to have Yvan Schulz join the research team. Yvan Schulz has been working on WEEE since 2013. He carried out fieldwork in China, in particular in the Pearl River Delta, between 2014 and 2016. With regards to WEEE, he has published mostly on Chinese regulations and policies, and the reuse and refurbishing industry. With support from the Leverhulme, Yvan Schulz undertook follow-up fieldwork in China in 2018, to explore further the ideas and insights that he developed in his PhD thesis, and work on new publications.