How Does the Experience and Behaviour of China Inform Development Theories and Practices?

How Does the Experience and Behaviour of China Inform Development Theories and Practices? - Reza Hasmath 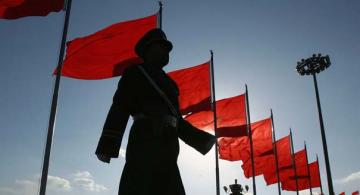 This project looks at China’s recent emergence as an overseas development actor through the prism of two studies. First, I am interested in unpacking the philosophical underpinnings of the ‘Beijing Consensus’. Namely, I argue that the ‘Beijing Consensus’ represents an analytical dilemma: it lacks a codified set of principles and policy tools and as such, it can be a difficult model for policy makers to utilize in their deliberation. Relatedly, in the search for a concrete set of principles and policy tools, the literature has a tendency to simultaneously conflate the ‘Beijing Consensus’ with the Chinese model of development – a red herring to say the least – with the relevant critiques following suit. Instead, the ‘Beijing Consensus’ should be viewed as a philosophical movement towards an ultra-pragmatic view of development policy. This in turn, can provide room for greater policy experimentation. A working paper has been produced elaborating this premise. Further, the study is influenced by my underlying thinking on regional jus cogens norms, and an edited book looking atInclusive Growth, Development and Welfare Policy: A Critical Assessment.

In another study, supported by a Chiang Ching-kuo Foundation research grant, I am interested in examining the growing number of Chinese non-governmental organizations (NGOs) working in African nation states. In particular, how do Chinese NGOs utilize the practices and lessons learned derived from their operations in China, in their engagement with African jurisdictions? And conversely, how do Chinese NGOs working in African jurisdictions increase their operational capacity in mainland China? At a meta-level, the study looks at whether China’s involvement in the delivery of development assistance challenges our understanding of development theory and practice – to the extent of providing an alternative model. The study is influenced by early work looking at social development practices in the Tibet Autonomous Region.