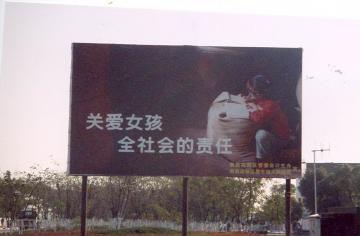 Owing to many parents’ preference for sons, sex ratios at birth (SRB) in China are imbalanced. During the 2000s SRB fluctuated at around 120 boys to 100 girls. Over the past decade Rachel Murphy has researched the causes of son preference and SRB as well as policy measures to address the imbalance.  She first examined the topic ethnographically in the early 2000s and published a paper in Population and Development Review (2003) about how culture and the gendering of population policy affected rural people’s perceptions of sons and daughters and their reproductive aspirations.  She later worked with collaborators Ran Tao and Xi Lu of Renmin University of China to explore how variations in patrilineal family organisation and village social networks as well as wider processes of socio-economic change have influenced the strength of son preference across regions.  The findings of this research have been published in Population and Development Review(2011).  More recently Rachel has examined China’s official Care for Girls programme to understand how the construction of SRB as a social problem has led to the formulation and adoption of one set of policy responses to the exclusion of others.  Findings from this research were presented at the Sociology Departmental Seminar Series at the University of Cambridge in March 2012.  An article based on this research is forthcoming in The China Quarterly.

Funding: In recent years, this research has been funded by small grants from the Nuffield Foundation, the British Inter-University China Centre (BICC) and the Oxford Contemporary China Studies Programme.

Rachel welcomes enquiries from potential doctoral candidates, postdoctoral researchers and other scholars who are interested in developing collaborative research projects on this topic, which may either focus on China or involve cross-country comparisons.